On Monday, I joined the ministers of the Gungahlin, Kippax, and Tuggeranong congregations, as well as the Congregational Chairperson, the Church Council Chairperson, and other members of TUC, in Federation Mall, outside the Australian Parliament House, along with thousands of people--many, many women, as well as many men--from Australian society.

We gathered outside Parliament House to express our anger and hurt about recent very public revelations about the toxic work environment in the parliament and the alleged criminal behaviour of a prominent federal leader.

This event in Canberra-- was one of 42 places across Australia where marches were held, focussed on this issue. It has stirred deep-seated emotions in people—especially women—right around Australia.

As one of the men at the March, I was present to express my solidarity with women in this current circumstance. Women are rightly angry. Far too many women have been hurt--shamed and sacked, experiencing discrimination, abuse and even rape. Their anger is rightly warranted.

So many women bear deep scars from abuse they have experienced at the hands of men. They are disturbed and damaged. Some women have been driven to suicide by the pressures they have felt from toxic masculinity. This is deeply tragic, and completely unacceptable.

Things cannot continue as they have been--not in the Federal Parliament House, not in the State Parliaments, not in the many workplaces where sexual abuse is rife. The call for Justice, clearly articulated by speaker after speaker at the Canberra rally, is one that must be heard, and responded to, by people in leadership in the federal Parliament, in other jurisdictions in each State and Territory, and in businesses and other workplaces across the country. 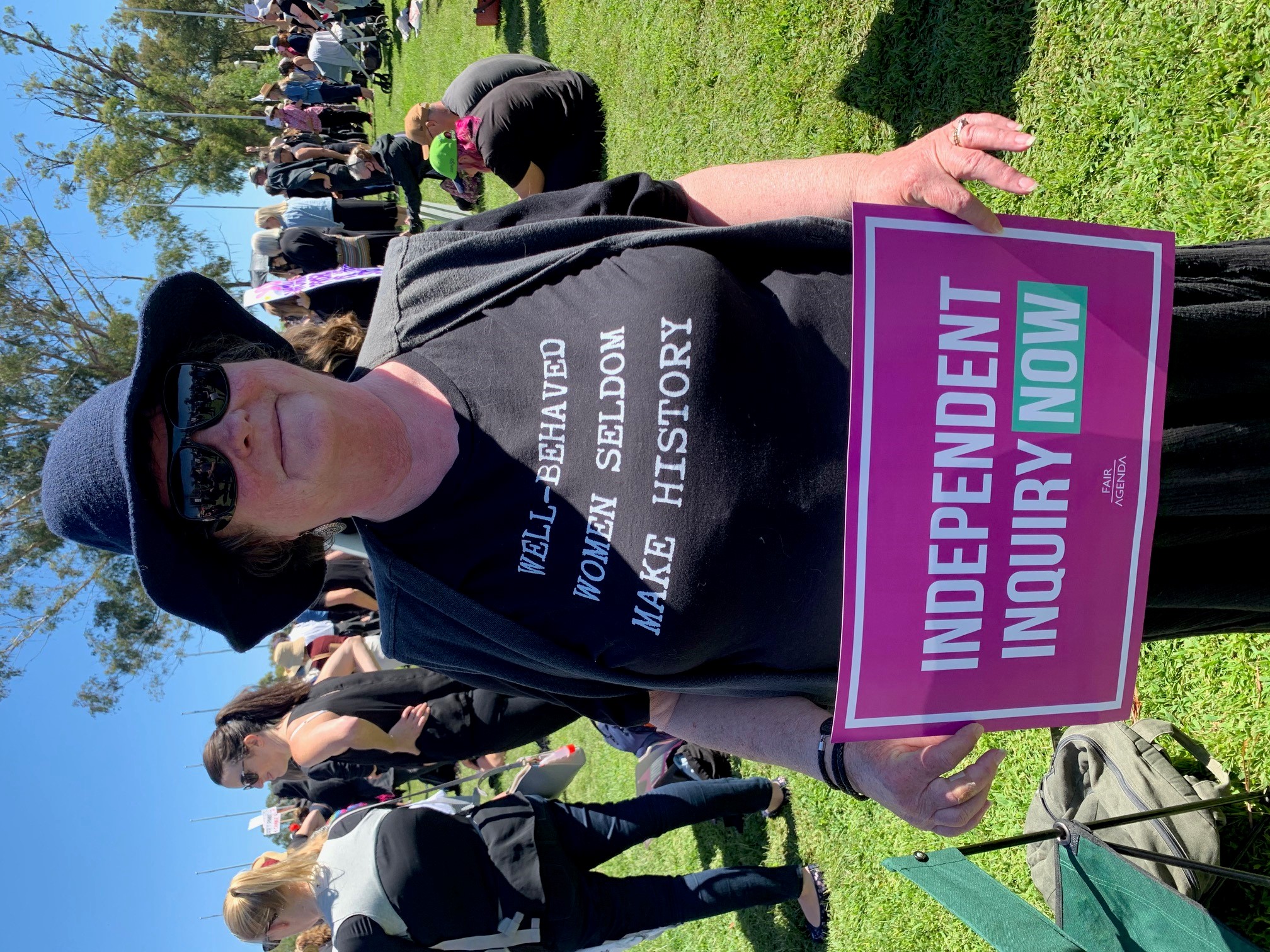 The call for Justice is grounded in our scriptures, and derived from the fundamental view of the world that is expressed there.

Those first words then shape and drive an understanding of humanity that values the equality of all people, that honours women as equally gifted, equally capable, equally responsible, and equally important, as men.

Women continue to serve and lead in so many ways--witness the recent sight of a nun on her knees, pleading with Myanmar military to shoot her, not children. All of this is integral to our faith heritage.

Hebrew scripture also attests to the long and enduring witness of prophetic voices, reminding the people of Israel of their covenant with God and the responsibilities this brought for living justly. Jesus continues this prophetic vocation as he calls his followers to "seek the kingdom of God and God's righteous ways". 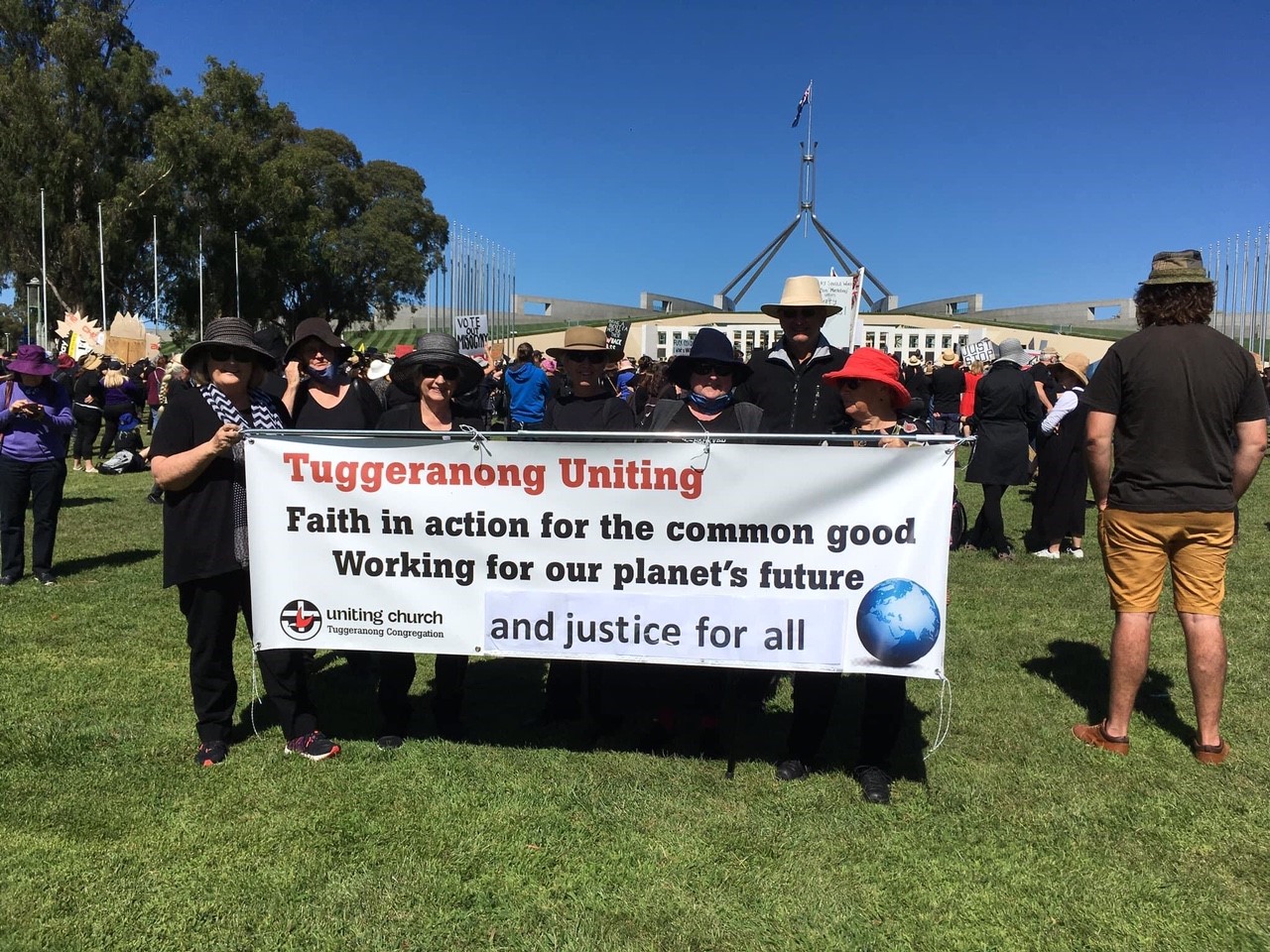 Standing against injustices committed by men against women should simply be second nature for people who are followers of Jesus, disciples within the church, people of Christian faith. Behaviour that is bullying or discriminatory, actions of sexual misconduct and rape, are all completely unacceptable.

Brittany Higgins, speaking at the Canberra March4Justice, said, "The system is broken, the glass ceiling is still in place, injustices continue to occur." Australian of the Year, Grace Tame, told the March in Hobart that "Silence allows evil to thrive." We cannot allow that silence to continue. We must work to fix the system.

Today in Australia, we look for leadership that is willing to address the many injustices, to give voice to those who have been silenced for so long, and to work hard to ensure safe  places of work, healthy structures and processes, viable pathways to accept and support those women who have been victims.

As people of faith, we rightly belong in the movement that is advocating and agitating, marching and calling for change, to remove ingrained injustices and show that we value women equally in every way. As we do this, we are bearing witness to the Gospel and live out its values in our lives.